February 18, 2006
I finally finised one of the projects. It is a really good feeling to do that. This is a pic of mine when I was a kiddo. I was playing around with my camera and clicked this picture from a photo frame in my parents room. This was taken in Shimla in 1989 after my winter vacation. If I remember correctly I had to go back to hostel after this pic. I have certainly changed since those days. Just being nostalgic. 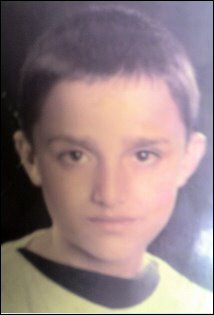 Also I have really started liking the DOM. And just figured out that nearly every language has a DOM library. I had downloaded these libraries around 3 years back but never used them as I thought it was a waste of time and I was better off using my own library. My own library was never this good but it was easy to use.

If there is a flavour of BASIC around I would have used it at some point of time. I was surfing the net and came across Rapid-Q. It is a basic compiler that, okay I know compiler is the wrong word for it but it was one of the few things after which I started EzBasic. Also went over to RealBasic, they are the guys who bought over rapidq in 2001. They also seem to have a new version of their cross compiler.

In the past few years I have worked on many languages but somehow I always seem to come back to BASIC. Most people who "consider" themselves to be on a higher level would not touch BASIC with a barge pole. But the best part of BASIC has to be the way it handles strings. It might be slow but the ease of using it is beyond anything I have used. Doing the same stuff in C/C++ is a real pain in the backside. The newer languages and frameworks seem to have learned it and have a string as a datatype. On the topic of strings one of the longest and the toughest class to implement in EzBasic has to be the string class. Just have a look at the code and you will be amazed at how things are managed inside when you use the string datatype in .Net of Java.
personal